Houston is a full-fledged artist’s destination! We have long enjoyed looking at Houston’s art scene whether it be in one of our countless museums, mural hunting, or looking at the downright cool artistic attributes that make Houston so special. Even more interesting news – there is new art set up you can visit now. Continue reading to uncover where you can locate these new artworks!

Public art projects in Houston are growing in popularity and number. With a vibrant and diverse art scene, Houston is home to some of the most innovative public art installations throughout the city. From outdoor murals to grand sculptures, public art is becoming an integral part of Houston’s culture.

Houston boasts a variety of unique projects such as “The Orange Show” which is an immersive artwork created by artist Jeff McKissack in the early 1960s. This multi-dimensional installation includes colorful mosaics, sculptures, and murals that visitors can explore at their own pace. 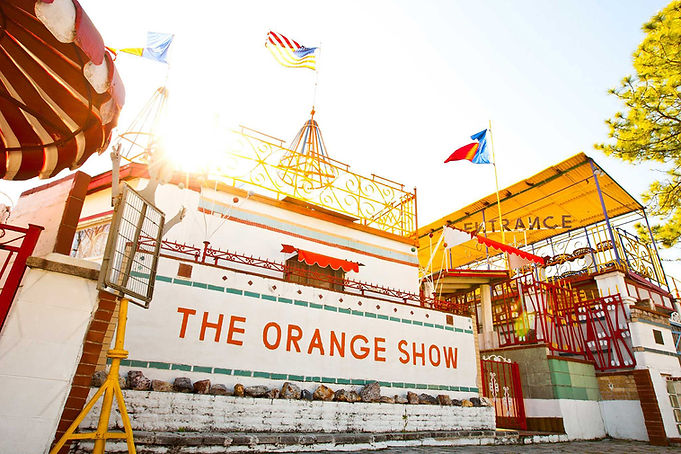 The Orange Show is an eclectic mix of found objects, ranging from old pipes and colorful tiles to a gigantic statue of Snow White. It has become a popular destination for visitors who come to admire its vibrant murals and installations which were all hand-crafted by McKissack himself. It’s now listed as a National Historic Landmark and continues to be an important part of Houston’s art scene.

The “ Houston Cares” project is another remarkable piece of public artwork in Downtown Houston which consists of two giant metal hands forming a heart shape covered in different colors and messages about compassion, love, and hope for all humanity.

Public art projects have become increasingly popular over the past few years, as citizens have come to recognize the potential of art as a platform for social change. In Houston, these efforts are spearheaded by local organizations such as Houston Cares, which has been working to create engaging and meaningful works of public art since its inception in 2015.

Houston Cares’ mission is to use public art projects to spark dialogue about important topics such as sustainability, diversity, and collective identity. Whether it’s through murals or sculpture installations, Houston Cares provides an opportunity for people from all backgrounds to come together and express themselves creatively.

Houston is home to an ambitious art project that aims to make a big impact on the city. Started by four local artists, the project seeks to use art as a tool for social and environmental change. Its goal is to not just create great works of art, but also bring attention to important issues facing Houston like pollution and poverty.

The project consists of large-scale public art installations that can be seen all over the city. Each piece has been created with sustainability in mind, using recycled materials and energy-efficient lighting when possible. In addition, each artwork comes with its own message about conservation or social justice issues relevant to Houston.

By putting these pieces out in public spaces, the creators of this project hope they will spark meaningful conversations between people and encourage them to take action within their community.

Emancipation Park in Houston, Texas is the proud home of some remarkable artwork. The park was recently chosen as the site for an exciting new art project that celebrates its history and culture. As part of the project, colorful mosaic pillars have been installed in various locations around the park.

Each pillar stands about eight feet tall and is covered in intricate tiles that give it an almost ceramic-like appearance. The designs feature a variety of different images and colors, including images from nature such as birds, flowers, trees, and more. They are truly unique works of art that reflect the rich culture of Houston’s diverse communities. Visitors to Emancipation Park can now appreciate these beautiful pieces while strolling through its grounds or relaxing on a nearby bench.

The #HoustonStrong Mural in Midtown is a vibrant art project that celebrates the spirit of Houston and its resilience in the face of adversity. Located on Main Street, this mural has become a popular destination for locals and tourists alike. It is a colorful testament to the city’s strength and perseverance.

Created by local artist Yolanda Sanchez, this impressive piece of art features bright colors and vivid imagery to depict the city’s journey through disaster and renewal. Local residents gather at the foot of this mural to express their gratitude for their community’s courage during tough times while visitors marvel at its beauty. This inspirational artwork serves as an everlasting reminder of Houston’s unwavering spirit.

The East End Light-Rail Station in Houston, Texas is getting a special makeover. As part of an art project, the station is decorated with papel picado banners featuring traditional Mexican designs and symbols that represent the city’s rich culture. The goal of this project is to create a space that celebrates and reflects Houston’s diversity.

The papel picado banners are made from bright-colored tissue paper that has been cut into intricate patterns by hand. Each banner features different symbols such as the iconic Space Shuttle, luchadors, and mariachis to name a few. This unique design will bring some vibrancy to the station while celebrating Houston’s multicultural heritage.

This art project was funded and supported by local businesses in order to give back to their community and show pride for their city.

Janavi Folmsbee’s Rail to the Sea

Janavi Folmsbee, a Houston-based local artist, is bringing her unique art project to the city. Her creative vision, Rail to the Sea, is an ambitious and exciting endeavor that will explore and celebrate Houston’s cultural identity.

The project consists of a series of installations placed along Houston’s extensive rail network. These installations will be constructed out of materials sourced from different parts of the city and its surrounding areas. The works will serve as symbols of Houston’s history and culture while providing an interactive experience for viewers. Folmsbee hopes that these pieces will inspire dialogue among members of the community and help bridge gaps between diverse cultures in the area.

Folmsbee has already started working on Rail to the Sea with support from local businesses and organizations such as The Art League Houston, The Menil Collection, and The Museum District Collective.

Open House is an interactive temporary public sculpture created by local artists, Dan Havel and Dean Ruck. Sourced from Cherry House Moving Company, the 1940s-era house has circular holes in the walls creating a “Swiss cheese” appearance, and collaged interior walls with vintage images sourced from family, friends, and local resale shops that represent the city’s people, places, and past. Visitors can walk through Open House, soaking in some of Houston’s history while viewing both the modern skyscrapers of Downtown Houston and the landscape of Sam Houston Park through the holes that have been carved out of the house. – downtownhouston.org

Creating custom art installations and murals is what we do! Boosting your brand’s engagement and social impressions? Also what we do! We combine our love of eye-catching art with our expertise in consumer behavior and social trends to design a strategic, thoughtful, and unique visual representation of your brand. – pandrdesignco.com/galleries/madeinhou

Two years ago, a team of engineers and MFAH art handlers gently settled Houston’s now-iconic Cloud Column into place—all 21,000 pounds of it. Watch and listen as artist Anish Kapoor’s project manager describes how the monumental sculpture completed its journey, which started with an Atlantic crossing from England; continued with careful transport by truck in a custom-made crate from an MFAH storage facility; and finished with Cloud Column being skillfully hoisted into place and uncrated at its permanent home: The Brown Foundation, Inc. Plaza on March 27, 2018. – mfah.org

Westchase District unveiled its newest — and biggest — mural at a celebration attended by city officials, first responders, and community leaders. The “Harvey Heroes” mural, created by artist Larry Crawford, pays tribute to the first responders who rescued so many people stranded by high water in the wake of Hurricane Harvey. – westchasedistrict.com

Public art projects in Houston have the potential to bring people together and create a sense of community. Through the use of thought-provoking visuals, public art encourages dialogue and creative expression. By giving a platform for local artists to showcase their work, public art also helps support the growth of the Houston art scene. The presence of public art creates an inviting atmosphere that celebrates cultural diversity and encourages civic engagement.